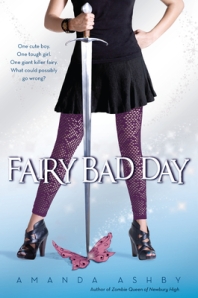 There’s a bit of Harry Potter in here. Burtonwood isn’t a school for wizards, but slayers of elemental creatures, such as goblins and fire salamanders. And like The Giver, your future job is assigned to you. Emma, feisty honor student and daughter of a famous dragon slayer, would do anything to follow in her deceased mother’s footsteps. But Curtis Green steals the designation of dragon slayer, and Emma is stuck with fairies. Mostly the 10-inch kind that hang out at malls, shoplift, and gorge on Skittles. And prove impossible to kill.

Which not only makes her the laughingstock of Burtonwood, but sets her up for a whole new slew of problems when a giant invisible killer fairy, called a darkhel, attacks the school. And she may have to turn to Curtis Green, job-stealer, for help.

The parallels to Harry Potter and The Giver involve some plot points, but the tone here is entirely Amanda Ashby’s. Our heroine Emma is snarkier (a plus) but also whinier (a minus). She emails the principal every day for 5 weeks to try to win back to title of dragon slayer. But all this over-the-top whining is necessary to the plot. It sets up a slow transition in the relationship between Curtis and Emma. And it means that when Emma turns to the adults in her world for help, she’s the girl who cried wolf. Everyone but Curtis and a couple of Emma’s friends (nice side characters) think she’s just plotting to win her title of dragon slayer.

I enjoyed the humor in this novel. The three small fairies who hang out at the mall are enjoyable to read, probably because they are as snarky as our heroine. Emma’s efforts to thwart them with hairspray and nail files while dodging the notice of the general public provide some nice slapstick.

The darkhel did seem powerful, but neither it nor the method of trying to defeat it seemed fully realized.

There’s a nice subplot about Emma’s struggle to accept the death of her mother and her father’s remarriage. In some ways Emma’s changing perspective about her family mirrors her changing perspective of Curtis Green. In the end this is less about defeating archenemies than recognizing Emma’s own hang-ups about her mother’s death and living up to her legacy.

I give this book 3 out of 5 Skittles. 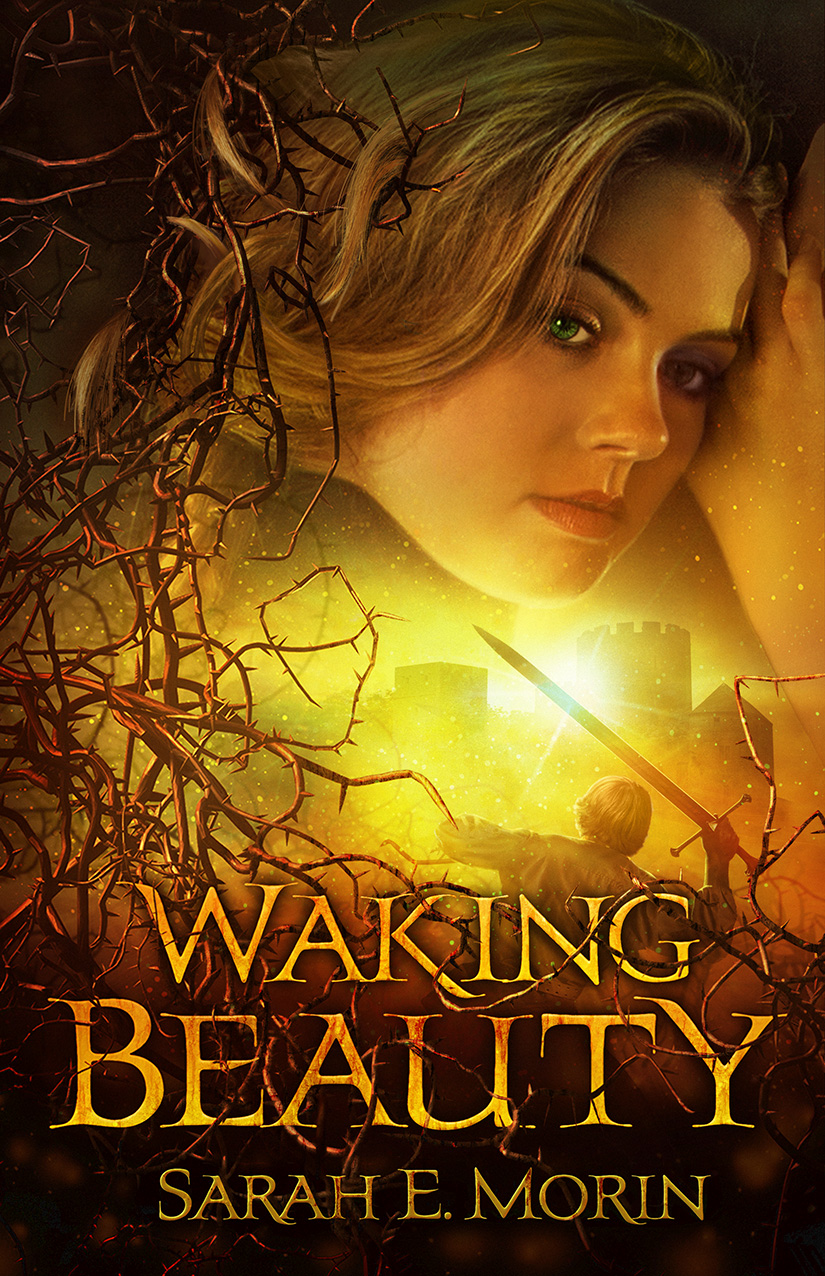